Another accolade added to Messi’s collection

Soccer superstar Lionel Messi has set yet another record for his sport. 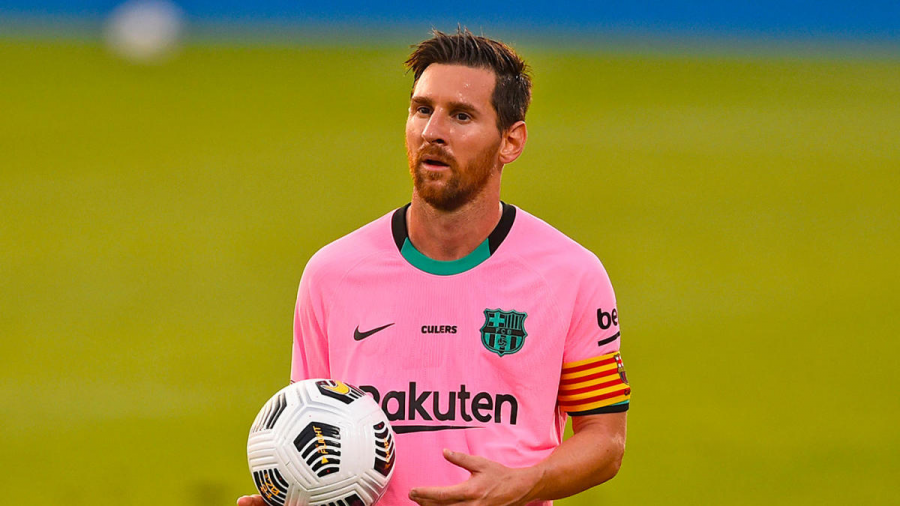 Leo Messi in the game v. Valladolid, in which he scored his record-breaking goal. Image from CBS Sports

Lionel Messi, FC Barcelona’s goal-scoring phenomenon, has surpassed Brazilian soccer legend Pele for the most goals scored on one club. On Tuesday, Dec. 22, Messi netted his unprecedented 644th goal for the Spanish team.

The goal was scored against Valladolid in a 3-0 victory. Messi slotted the ball in the bottom right corner following a beautiful assist from Pedri.

Pele set the initial record throughout the duration of his 18-year career with Santos, a Brazilian team. His record had remained unbroken since 1975, up until this point.

Now that Messi has set this new, seemingly unattainable goal-scoring record, there is speculation amongst fans as to whether Messi will finally venture to a new club. With his having nearly transferred over the summer due to anger with the club’s management, one would assume that when his contract clause is finally available, he will look to move.

Messi has not released any certain statement pertaining to which club he desires to join. However, Manchester City and PSG seem to be among his top choices. Additionally, he briefly entertained the idea of taking his talents to the United States for a career in the MLS.

Whether he does decide to transfer or not, it is indisputable to say that the Argentinian legend will be appreciated by the players, coaches, and fans of whichever club he aligns himself with.