During October, many artists have come out with new singles that students at Kinnelon High School are loving. 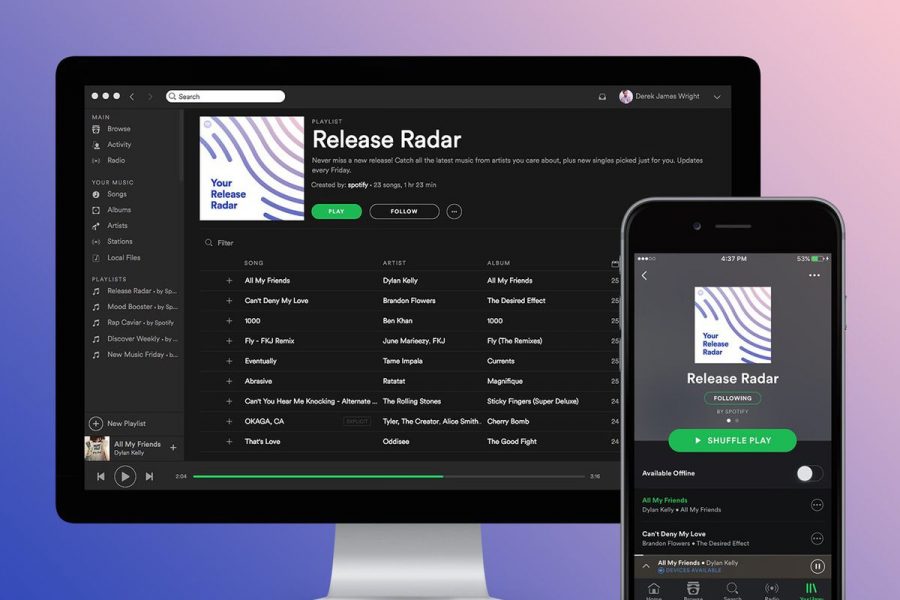 Background Info
In Oct., many artists, ranging from Indie and Folk groups, to pop singers, have released new music that their fans are loving. In addition, many artists are releasing new music later in the month that many are looking forward to. This is exciting for fans of these artists at Kinnelon High School since certain musicians, such as Adele, have not released music since the early 2010s.
Adele
British singer and songwriter, Adele, is one of the many artists who has released new music this October. Adele’s new song, Easy On Me, is her first song release since her album 25 in 2015. Easy On Me was released on Oct. 15 by Columbia Records, and is a look into what her fourth studio album, 30, will be like. Junior, Alexa Galenter said, “I remember being a really big fan of Adele when I was younger, but after her 2015 album, I didn’t listen as much since she never released new music. However, this new song of hers has made me appreciate her talent even more, and fall back in love with her music.” Galenter also said that Easy On Me is by far one of Adele’s best songs and cannot wait for the full album to come out later this year.
The Lumineers
The Lumineers, an indie and folk music group, are among those who have released music in October. The Lumineers are a fairly popular group that have had many hit songs such as Ho Hey that was released in 2012, and Ophelia that was released in 2016. The Lumineers tend to release music on a regular basis, so this new announcement of their new album and the two songs released was not necessarily a surprise to their fans, but it was exciting. The Lumineers released two new singles called Brightside and Big Shot, which are to be featured on their album, Brightside, which is scheduled to come out on Jan. 14, 2022.

“I always really enjoyed their music and I absolutely loved their last album, so as soon as I heard that they released new songs, I immediately listened to them. I think they are going to be the best on the album and I cannot wait for Jan. 14,” said Junior Sophia Seier!
Coldplay
Coldplay was also another group that released music. Their new album, Music of the Spheres, was released on Oct. 15. Music of the Spheres is Coldplay’s ninth studio album and is their first since their 2019 album, Everyday Life. Although this album still has a pop-rock feel to it, like their other albums had, it has a bit of a techno element to it that many love.

For instance, junior, Gianna Oldfield, said that “after listening to Coldplay since I was little, this album is by far my favorite, since it has a different sound than their past albums that I like.”
More to Come
Students at Kinnelon High School are enjoying the new music released by some of their favorite artists. There are still many good things to come from these stars later this year with more music and albums for their fans.

The link down below will send you to a Spotify playlist with all of these artists’ new releases!