Certain Books Should be Left as Books

Movie adaptations of books have become somewhat of an expectation today; this should not be the case. 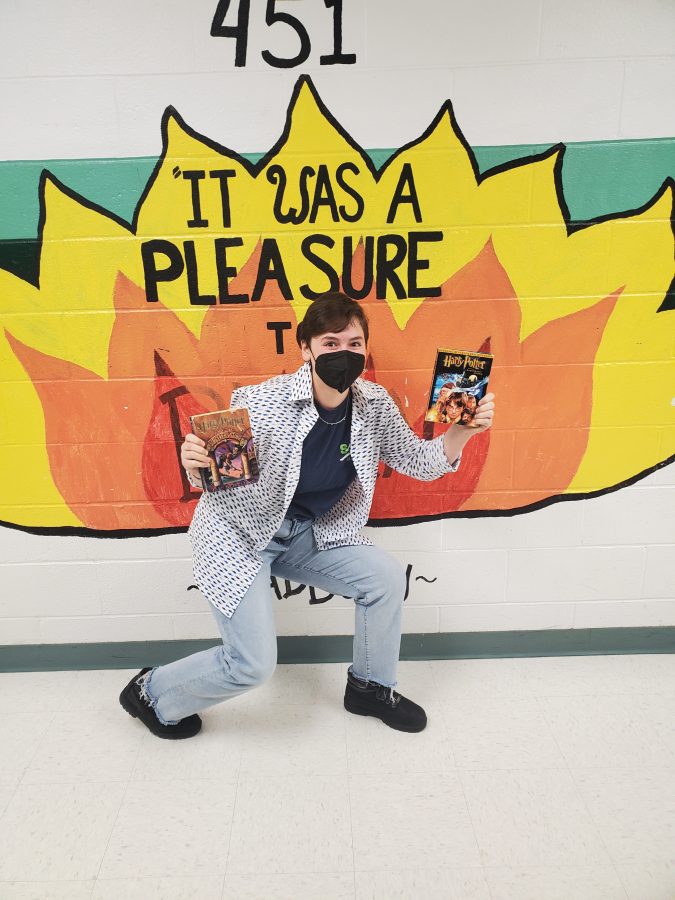 Adviser’s Note: The views, thoughts, and opinions expressed in this opinion article belong solely to the author and do not reflect the view of The Colt Chronicle Staff, Kinnelon High School, or its students and staff members.
SPOILER WARNING for There’s Someone Inside Your House; and Percy Jackson and The Lightning Thief.
All across the country, people either go to the movie theaters or watch movies at home. But some, at the end of the movie, leave disappointed. Those people who left disappointed had read the movie’s inspiration, the book that was published first.

Time and time again, books are adapted to the big screens to not only make more money for the original author but to spread the themes and ideas that the book impressed upon its audience. However, in recent years many movie adaptations have lacked the original’s core aspects. Due to movies and TV shows leaving out key aspects of the book, some books are not meant to be turned into a film.

Take the recent movie adaptation, There’s Someone Inside Your House: like the book, by Stephanie Perkins, the movie follows Makani, a girl from Hawaii who just moved to Nebraska. It follows her struggle to make friends, find closure after the incident at her old high school, and figure out who the killer is. The movie does start similar to how the book does, by immediately having the first victim killed. Although it changes a very important aspect of it: who the first victim is. By changing the first victim, the movie removed one of the parallel storylines in the book.

The changes in this slasher film do not stop there; the film also removes the major motive behind the killings. And in doing so, changed the killer into one of Makani’s friends, and the climax, where Makani faces off against him. Yes, the twist was good, but for me, someone who read the book first, it felt unnatural and a little rushed.

When I first heard about There’s Someone Inside Your House being turned into a film, my excitement was palpable. I had only been impressed with recent movies both on Netflix and in regular cinema, but when I saw it, I could not stop asking myself, why?

Why had they changed so much from a believable book, and one that was beautifully written? Turns out, fellow YA readers also feel that the movies of their favorite books are often lacking in some way. Adi Mittler, talked about the Percy Jackson Movies, in particular the first one.

One of the story elements that changed in this book, was the reveal of the betrayer. Instead of the quieter betrayal, the movie gives a Hollywood action scene, with a water tower being destroyed. Mittler calls out this action scene;

“They changed it to more dramatic in a movie setting, with this like big battle scene at the end. But it really took away a lot of the emotional value, placed by the original, smaller, more intimate betrayal.” – Adi Mittler

When books are made into movies, it seems that one trend the directors/screenwriters do is make the movie more widespread by making it fit with multiple genres. While books are often written with a singular genre in mind, movies stick loosely to their genres. This is done to ensure that more people go to see the movie and continue to rewatch it.

This has often worked in the past when people did not want to read the book, but in recent years many people have leaned on books again for primary entertainment. Especially when Covid-19 hit and TV shows and movie production were halted. Books became an escape for people of all ages from Covid-19. And yes, most film adaptations of books have been true to the book, especially with TV shows based on books. However, there are enough that leave book readers unsure of future film adaptations.

Although many movies have helped publicize their book inspirations, these movies are blockbusters: The Hunger Games, Ready Player One, and the Harry Potter Movies have done this, adding to the already big fanbase. Even so, they only did this by sticking true to the book or books. So, only a few movie adaptations of beloved books ever keep to the book. Regardless of whether they change the plot, some characters, or a scene, it still distorts the message of the books that they are inspired by.

Nevertheless, just because a movie or TV series is not accurate to its book counterpart,  does not mean we cannot enjoy the movies or the TV series.